When Laci went missing on December 24, 2002, she was 33 weeks pregnant (just over 7 1/2 months). You couldn’t find a family member or friend who thought Scott was involved in her disappearance. Laci’s entire family, Scott’s entire family and all Scott and Laci’s friends told the police and media that Scott was excited about becoming a father.

Scott’s friend, Greg Reed testified in court how excited Scott was to become a father, how they attended Lamaze classes together, and how Greg and Scott looked through the Cabela’s catalog together and picked out baby clothes for their sons. Scott’s friend, Guy Miligi told the media how Scott had spent many hours preparing the nursery.

Neighbor, Karen Servas told police that both Scott and Laci were excited about the pregnancy and upcoming baby. Another neighbor, Susan Medina, first met Scott in December 2002 when he gave her a ride to work because she had a flat tire. She testified that she and Scott discussed Laci’s pregnancy and who her doctor was. Scott & Laci’s maid, Margarita Nava, told the police that Scott and Laci were excited about the baby and had the nursery all prepared.

Scott had painted the nursery and Conner’s dresser. He had assembled the crib and also made the table shown in the photo below to match one Laci had seen in a catalog. Scott went with Laci to her OB/GYN appointment on December 23, 2002. Scott and Laci had planned this pregnancy, they were excited to become parents, and Scott was an involved father-to-be.
On January 13, 2003, Scott gave notice to the landlord for the Tradecorp warehouse. Scott indicated in his Notice to Vacate that he would be out of the warehouse by February 12. Scott made arrangements for the Tradecorp product to be warehoused at a distribution center and he rented a storage unit on January 27 to store all the office equipment, furniture and some personal items from the warehouse. Scott was seen loading boxes into the storage facility on February 8. Below is a photo of the storage facility that was taken during the February 18 search warrant: 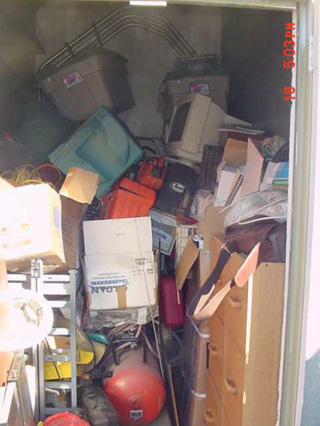 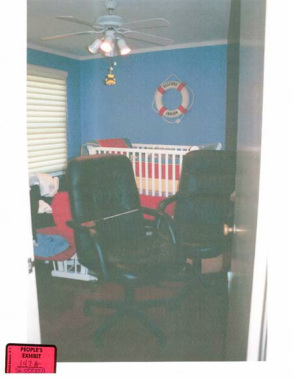 Prior to moving out of the warehouse, Scott had conducted four media interviews. The first interview was with Diane Sawyer, the other interviews were with Ted Rowlands, Gloria Gomez, and Jodi Hernandez. Scott stated the following regarding the nursery in two of those interviews:

“The door is closed until there’s someone to go in there.”
Diane Saywer interview from January 27, 2003.

Subsequent to these interviews, Scott brought the items home from the warehouse that did not fit in the storage unit. Three office chairs and some bedding were placed in the nursery. In court documents filed on 02-24-2004 the prosecution argued that these media statements were lies, stating the following:

The defendant states that he hasn’t been able to go into the room where Conner’s nursery was set up. “The door is closed until there is someone to go in there.” This statement was obviously designed to convey the impression that he so loved his unborn child that he couldn’t even enter the baby’s room. This was not true. When the police served a search warrant at his home on February 18, 2003, the defendant had turned the nursery into a storage room.

This prompted the following quote from a San Francisco Chronicle article on 2/24/04:

Talking to Sawyer, Peterson painted himself as a father in mourning -- unable to bring himself to enter his unborn son's nursery more than a month after Laci disappeared. The door is closed until there is someone to go in there," he told Sawyer. But prosecutors say that when police searched Peterson's home on Feb. 18, 2003, he had converted the baby's room -- decorated in a nautical theme -- into a storage room.


A little over three months later, Prosecutor Distaso’s said the following in his opening statement on June 1, 2004:

“...This is the rented storage unit. You can click through there. Some of the stuff that he had in there, the shop, this trashcan was found in the rented storage unit. It's full of just junk mail and other miscellaneous papers and stuff. Also had a small album that contains wedding pictures of Scott and Laci.
Some differences between, the police went to the house on 18th. You can see the nursery, that it's basically being used as a storage room. It's got a number of items in there. Some leather chairs, one in the right hand corner next to the, there is two of the other ones that are there.”


The trashcan he referred to is pictured below and on July 20, 2004, Detective House testified about the wedding photos in the trashcan: 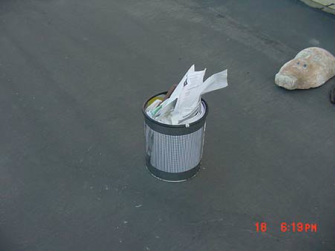 You have the prosecutor suggesting in his opening statement that Scott threw away wedding photos and you have a detective on the stand stating that he did not think the photos had been throw away, that it appeared they had just been packed in the trashcan for storage.

This is a case when prosecutorial pundit, Jim Hammer, actually got it right in his comment made to the Oakland Tribune on July 21:

"The wastebasket is just like the anchor and the pitcher -- Geragos just explained it away," said Jim Hammer, referring to other items the prosecution introduced earlier in the trial. "If you can't convince your own detective about your theory, how do you convince the jury?"


Unfortunately, other media quotes and headlines included the following:

Ted Rowlands reported on Larry King Live July 20, 2004, “Ruskamp, who was a bit hostile at times on the stand towards Geragos testified that the nursery was used as a bit of a storage room, and that that evidence came out during the second search warrant.”

Nancy Grace reported on Larry King Live, September 28, 2004, stated that Scott was, “getting rid of Conner's nursery furniture” and that “Conner's nursery…looked like an office warehouse storage facility.”

The prosecution again brought up the nursery when Detective Grogan testified on September 21, 2004. His testimony suggested that Scott lied about entering the nursery and that, “There was some chairs and there was a lot of items stored in the nursery.”

Three chairs and bedding hardly constitute, “some chairs and a lot of items ”. And the nursery certainly does not look like a storage room. Just to review, this is how Scott stores stuff: 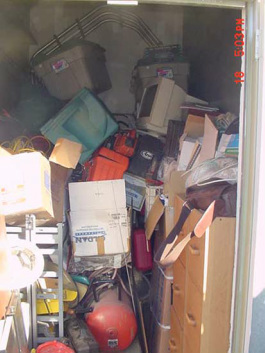 When the storage unit filled up, Scott had to bring a few things to his home. He did not disassemble the nursery. He did not pack up Conner’s toys and clothes. Some bedding was placed on the rocking chair and three chairs were rolled into the room.

It’s hard to believe that this was even brought up in a murder trial. Basically the prosecutions argument was, “Seven weeks after a pregnant woman goes missing, her husband rolls three chairs into a room he previously said he doesn’t go into.” That’s evidence?
Home
Copyright 2005-2022, ScottPetersonAppeal.Org, All rights reserved.