This month, our Featured Facts will focus on Scott's trips to the Berkeley Marina, Scott's use of rental cars, and the circumstances surrounding the trade-in of Laci's car.

Scott's trips to the Berkeley Marina

Scott went to the Berkeley Marina on multiple occasions while Laci was missing.
It was widely publicized that the police and other agencies were searching the waters of the San Francisco Bay for Laci’s body. The Berkeley Marina is the largest marina on this bay and it’s where Scott launched his boat when he went fishing on December 24, 2002. Scott was actively involved in the search for his wife and visited not only the Berkeley Marina but also the San Luis Reservoir and the Pittsburgh Marina where searches occurred.
​
Additionally, Scott had another pressing reason to visit the Berkeley Marina. It was no secret that Scott had gone fishing in the Bay Area on December 24, 2002, the day his wife Laci went missing. The simple truth is Scott never hid the fact that he went fishing. He immediately gave the police his parking receipt from the marina, and he took officers to see his boat that evening. 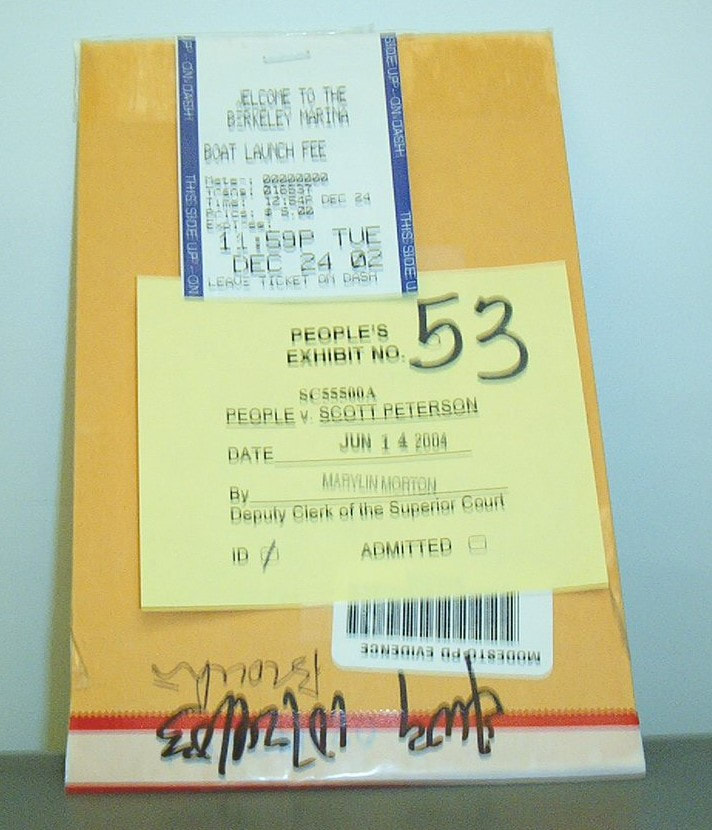 In a sit-down interview with Det. Brocchini the evening Laci went missing, Brocchini asked Scott if he saw or spoke with anyone. Scott said he talked to a couple of fishing guys and that the “maintenance guys got a good laugh from me trying to back down the trailer.” 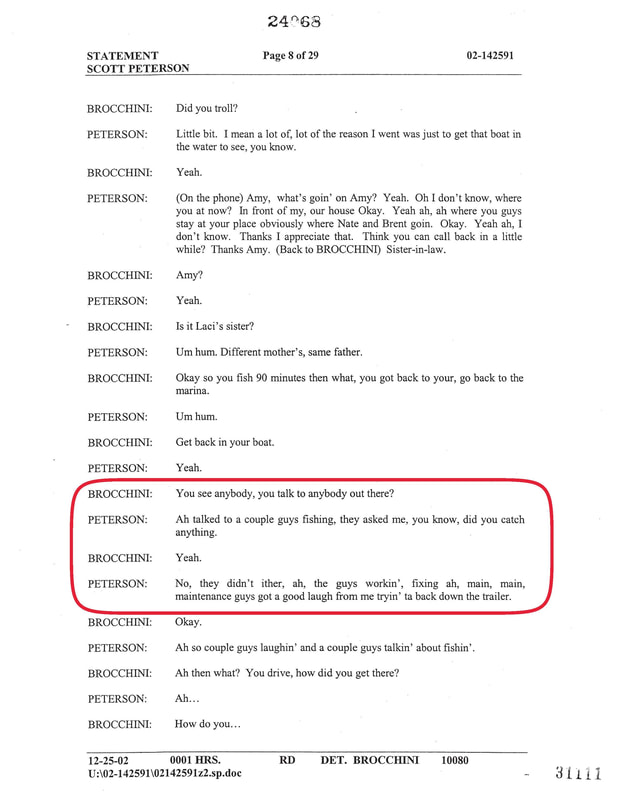 That night, police asked Scott what kind of bait he used. Scott said he was not a bait fisherman (he preferred using lures). Since Scott did not name a type of bait, this, of course, became “an inability to explain what he was fishing for.”

​The next morning, the Modesto Police published Scott’s alibi in a press release, and multiple law enforcement agencies began using extensive resources to search the bay for Laci’s body. On December 26th, Scott and other family members did a Good Morning America interview. At this point, if you watched the news in the United States, you knew Laci was missing and Scott said he had been fishing. 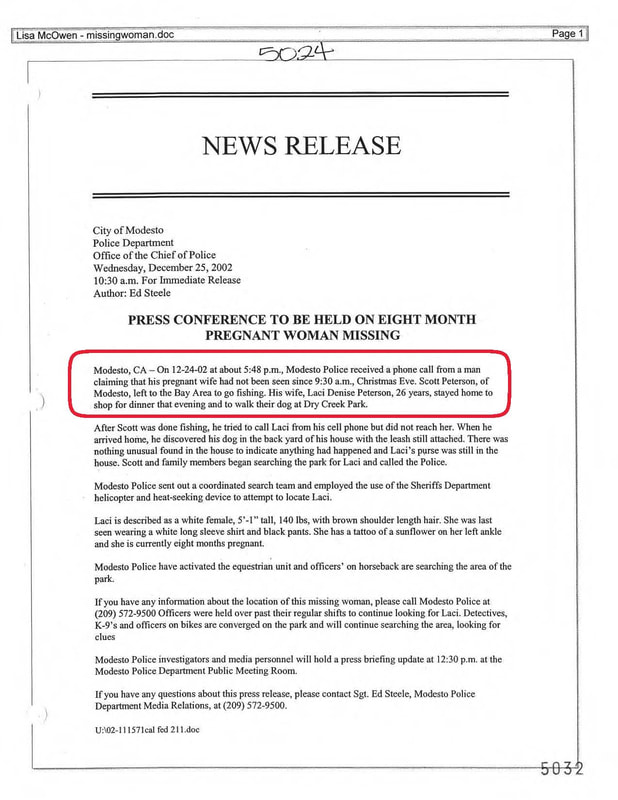 On December 27th, Det. Armendariz with the Modesto Police found a Berkeley Marina groundskeeper that said he saw a Ford 4x4 extended cab pickup with a small trailer the afternoon of December 24th, and it was backing into the ramp area. The driver was a white male adult with sandy-colored hair in his thirties and appeared to be “having difficulty backing the trailer into the ramp area. [The groundskeeper] waited as the driver of the Ford truck drove back and forth, in an attempt to align the truck and trailer.” 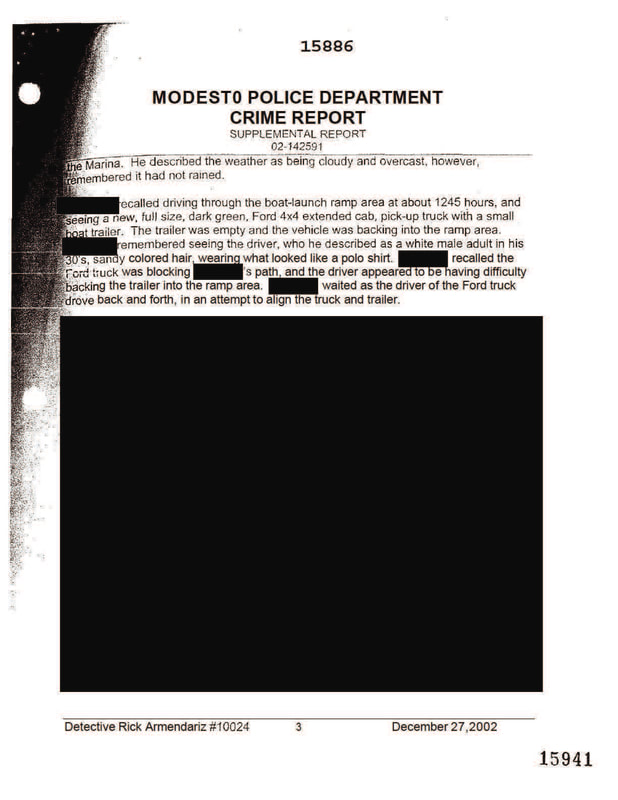 Just to recap, Scott was white, male, adult, medium brown hair, 30, driving a Ford 4x4 extended cab, towing a small trailer, claiming to be at the Berkeley Marina the afternoon of December 24th, claiming to have had trouble backing up the trailer, and claiming to have seen a maintenance guy in the ramp area. We’re checking lots of boxes here. It looks like Det. Armendariz did good police work, AND it looks like Scott told the truth.

​However, on January 2nd, Det. Grogan called Scott and said, “. . . you said there were some people over there that saw you having trouble backing the boat down. We tried to find them, have not been able to. Ah, so we’re gonna show a photograph of your truck and the boat to the press today just to see if we can get some witnesses to come forward on that.” 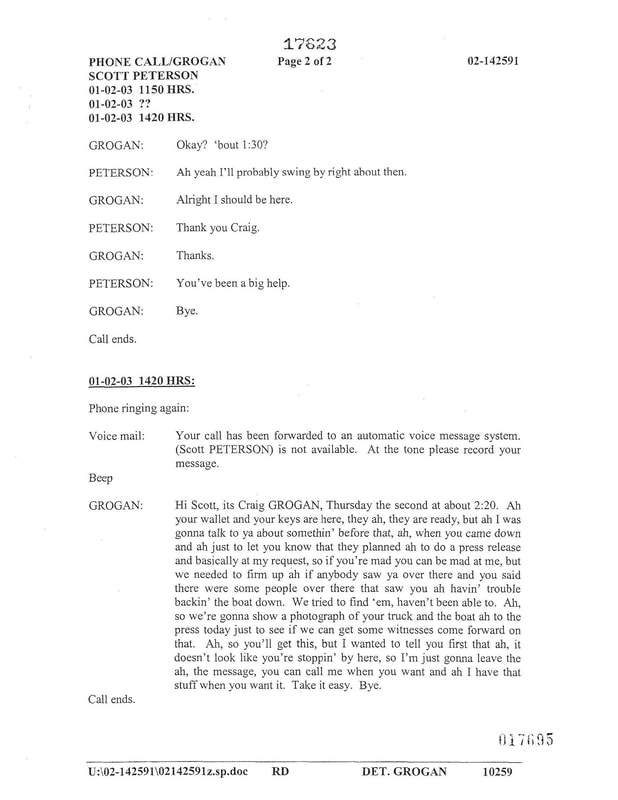 The press release from that day said the Modesto Police needed the public’s help to “corroborate Scott’s trip to the Berkeley area.” This created a public perception that the police could not confirm whether Scott was telling the truth about being at the marina. 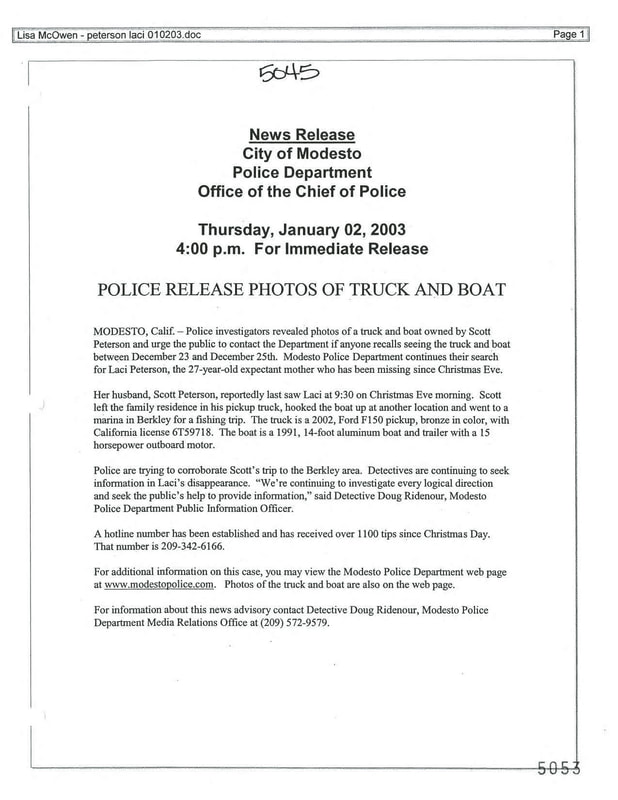 Over the next week, police surveillance showed that Scott made three trips to the Berkeley Marina. One of the reasons he made these trips was to look for the people he saw on December 24th. These trips to look for witnesses are called “surreptitious” in court documents, as though Scott is secretly returning to the scene of the crime. 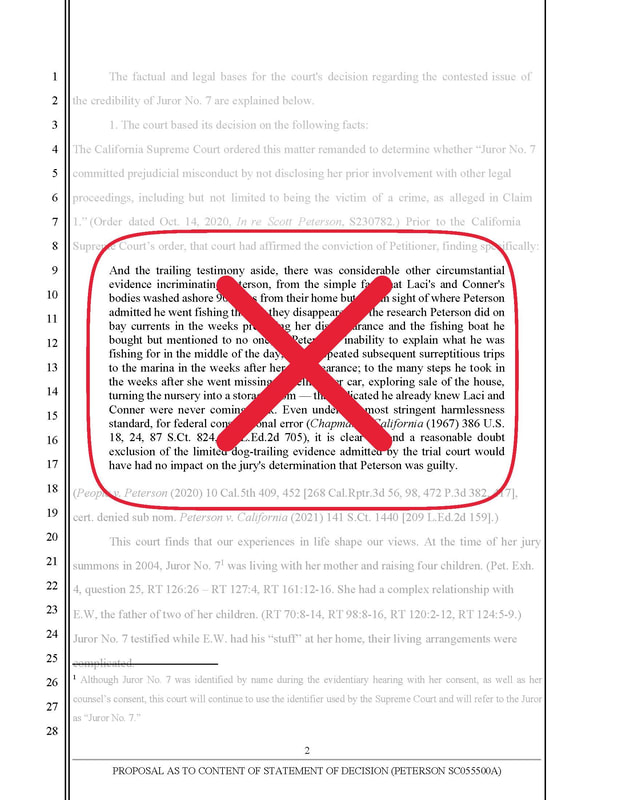 Scott was not returning to the scene of a crime, he was looking for witnesses the police claimed they couldn’t find. This is the kind of twisted evidence the state continues to use to claim that Scott is guilty.
Scott's use of Rental Cars
The prosecution also implied that Scott was sneaking to the marina in “automobiles that weren't usually associated with him”. Scott used friend's vehicles as well as rental cars. We offer the following facts regarding Scott's use of rental cars:
​​
Not only did Scott tell police he was going to have to rent cars, he had the police meet him at Enterprise Rent-A-Car on January 3rd. The Enterprise facility is about 6 blocks from the Modesto Police Station. It is egregious to assert that Scott was trying to sneak around in “automobiles that weren't usually associated with them him.”
Audio of Scott and Detective Grogan where Scott discusses his need for a vehicle while his vehicles were in police custody: